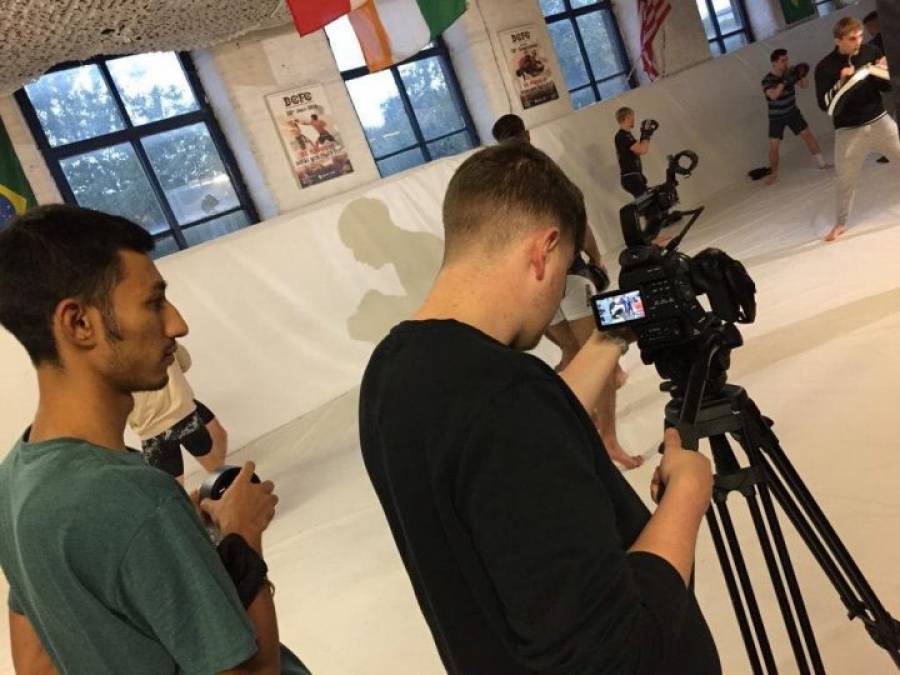 
~Physical activities and cultural interests are easily reported on a local level. Imagine though, the time and investment   involved in documenting something on a national scale. It would take some ingenuity and technique to pull it off.

That’s exactly what a team of UCLAN students have achieved. Undergraduate and postgraduate TV production students are going to produce two series’ focussing on the arts and sports which are now airing on two Sky TV channels.

They have successfully created 20 programmes, each show is 30 minutes long. It’s been an arduous task as series producer Samuel Liles explains,

“We have been working non-stop since September on this project with a tiny crew but a lot of passion for the shows. Some of the students on the MA had never even used a TV camera before and are now producing professional quality content that is being broadcast on Showcase TV and FrontRunner TV.”

“We are the only University in the UK that is making real regular content for the Sky platform. The value to students is phenomenal: gaining broadcast credits as they learn, being part of a legitimate production crew, travelling the UK meeting contributors and dealing with TV stations directly. We truly are one-of-a-kind and the feedback from viewers has been mind-blowing.”

The shows have been created as part of their University studies and they are being produced from the facilities on the Preston Campus.