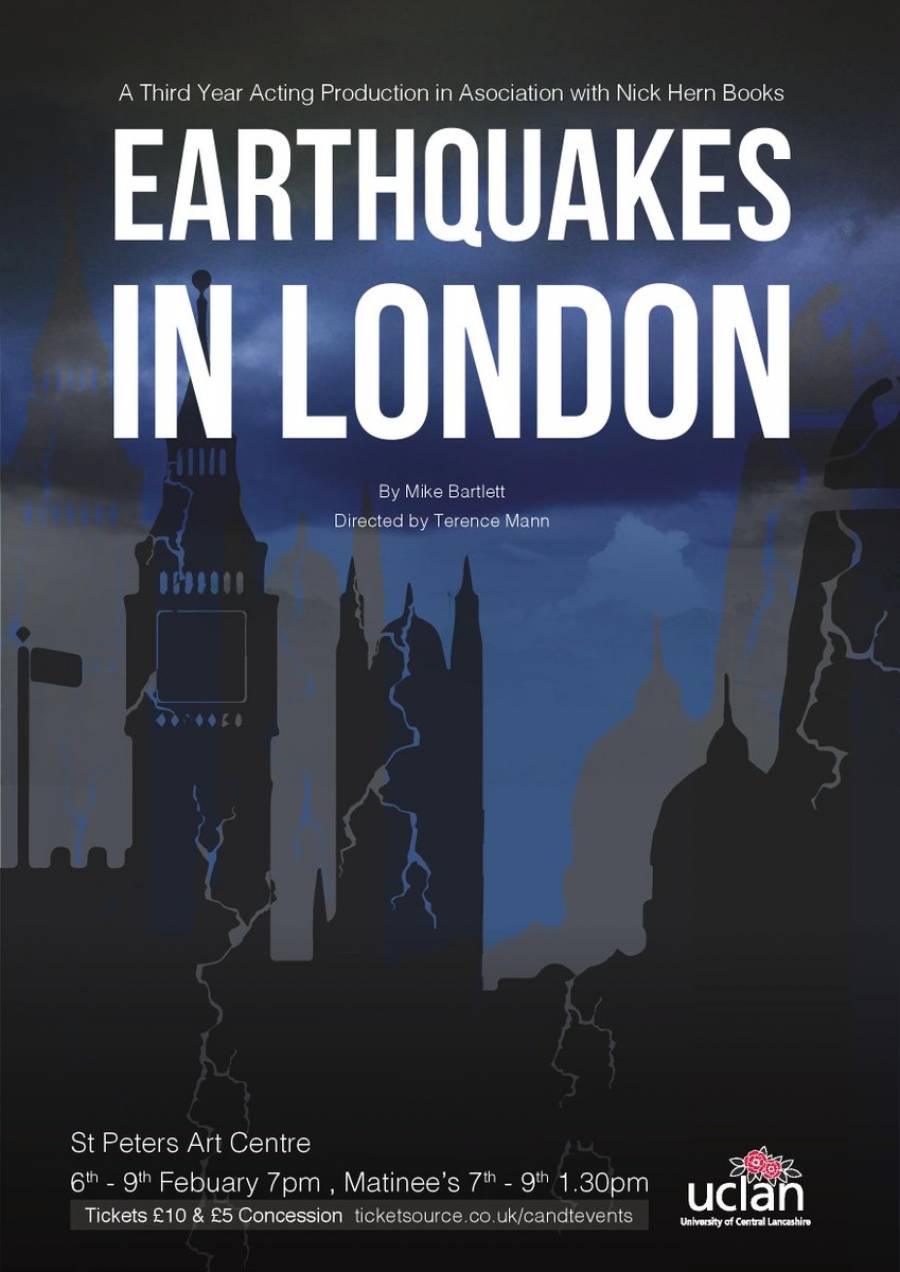 
~2019. The country couldn’t be in a more uncertain time. With Brexit looming over the horizon at the end of March we can only imagine the chaos and further anxieties this will cause for those that live out of the UK or for people who wish to return.

A play which doesn’t necessarily focus on Brexit but does foretell politically charged references throughout is coming to  UCLAN’S St. Peters Arts Centre very soon.

‘Earthquakes in London’ Directed by Terence Mann travels through time from 1968 - 2025 tracing the fractured lives of three sisters and their estranged father; a brilliant scientist who predicts global catastrophe.

Here are five subjects in covers :-

This epic production takes on variety of notions including the political and personal. As well as spectacle, hidden humour and raw emotion. You will also experience a great mix of theatre, film and a moving soundtrack.

‘Earthquakes in London’ is set to explode from 6th - 9th February between the hours of 7pm - 10pm. Pay upon arrival with tickets costing £10 for adults and £5 for concessions.

UCLAN’S BA Honours Acting Students have certainly got their work cut out as they demonstrate their attention to detail as they fine tune their craft which is  wonderfully performed in the majestic setting of the St. Peter’s Art Centre.