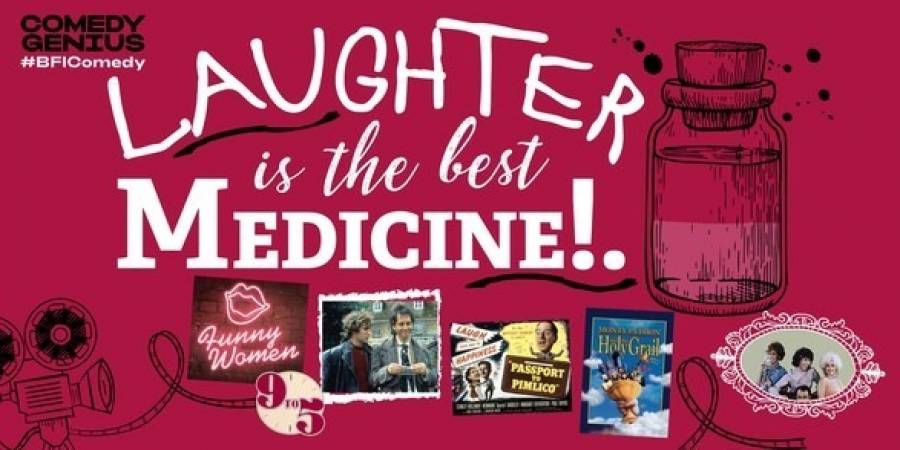 
~It’s the January blues and for many that means having a cold or flu or even worse being diagnosed with severe depression. The first port of call in that situation is to seek help from your local GP. But did you know that there is a much more better cure and one that will tickle your bones more than the doctors stethoscope.

Having a sense of humour is an excellent prevention from contracting a bug or feeling down about life. Throughout the month of January the Peoples Production Lab ( PPL) in collaboration with BFI Comedy Genius Season are staging comedy based films and a workshop that will keep you going till the start of February.

‘Laughter is the Best Medicine’  will run from Tuesday  8th  - Saturday 26th January 2019.  Here is a complete overview of the films and venues for each event :-

Friday 18th January 2019 from 6pm
Passport to Pimlico @ The PPL, Cannon Street, PR1 3NR
The inhabitants of a London street discover buried treasure and documents proving they are really citizens of Burgundy. When the government tries to claim the treasure for the Crown, the Burgundians declare their independence.

Tuesday 22nd January from 5.30pm - 9.30pm (film only from 7.30pm)
Comedy Booster Injection - Stand Up to Stand Out
Brace yourself for an intense course of treatment with our 2hr Women’s stand-up comedy workshop facilitated by Lynne Parker of Funny Women followed by 9 to 5(1980) at The Continental, PR1 8JP

Build confidence and pick-up some ‘tricks of the trade’ to help you develop your personal performance style and create material. Please note: may cause improved self confidence and enhanced communications skills.£25 in advance including film (booking advisable)

Saturday 26th January from 7.30pm
Monty Python and the Holy Grail @ The PPL, Cannon Street, PR1 3NR
The first feature film of the legendary Monty Python group takes us on a medieval quest in England, circa 932 A.D. Wise-cracking, sublimely irreverent and jaw-droppingly hysterical, this will bring laughter (and coconuts!) to our lives when we most need a dose of anarchic Python daring.

Tickets for each day can be bought in advance individually or as a full course of treatments. Advance booking onto stand-up comedy workshop is required. Please see below for more information:-

Comedy Genius is a celebration of comedy on screen, led by BFI, the Independent Cinema Office and BFI Film Audience network, supported by funds from the National Lottery.

Chase away the January blues and take advantage of PPL's prescribed programme of highly potent vit-C(omedy) featuring side-splitting japes and the best in film tom-foolery delivered in easy to swallow spoonful’s across Preston throughout January.