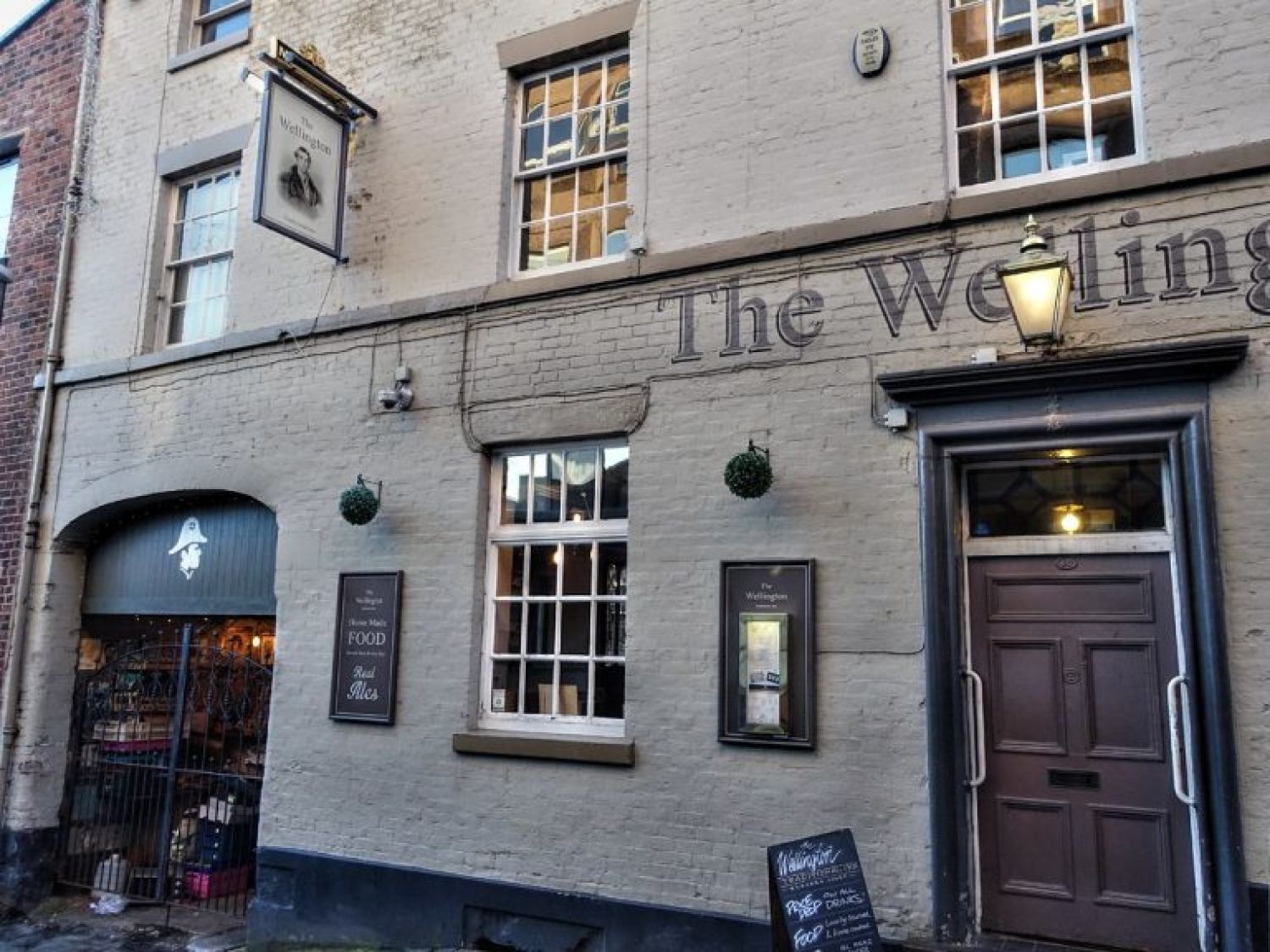 The Wellington Pub in Preston set for radical makeover

Sometimes in life it takes a certain event for drastic changes to occur. In the height of the summer and during the Euro 2020 tourament shown across the country, the pub trade was booming. It was the lift it needed during a slight recession because of the pandemic.
However, in Preston city centre noise complaints surfaced from the loud atmosphere coming from The Wellington pub. This and further reports led to then leading  landlord, Andy MacDonald’s departure.
A young 18 year old Jordan Ebbs frequented The Wellington often and admired it’s locality near the  previous popular  nightclub ‘Browns’.
As he matured his work life centred around the food and hospitality sectors. This found him at DoubleTree by Hilton, Turtle Bay and Marco Pierre White.
Jordan left Preston and worked within the district of Manchester for an eight year duration. Now, at 32 The Wellington is now in his capable hands and he has great plans in terms of it’s future.
He reveals the direction he believes it’s heading in,
“ I think The Wellington was pretty central to Preston, with one of the main nightclubs across the road. Obvoiusly, we don’t have that anymore, what with it being apartments now. But I think there is an opportunity with the likes of Mowgli and the new brasserie restaurant that’s opening at the old Olive Tree. This whole area will be quite a foodie area, so that’s the way we’re hopefully going with The Wellington”.
Jordan plans to turn the pub into a civilised restaurant during the day, with a potential November opening date to be confirmed. He then hopes to capitalise on the nighttime trade by drawing in drinkers which he imagines with then enjoy the Preston club scene.
^Alex Ashworth CCG UK Blogger