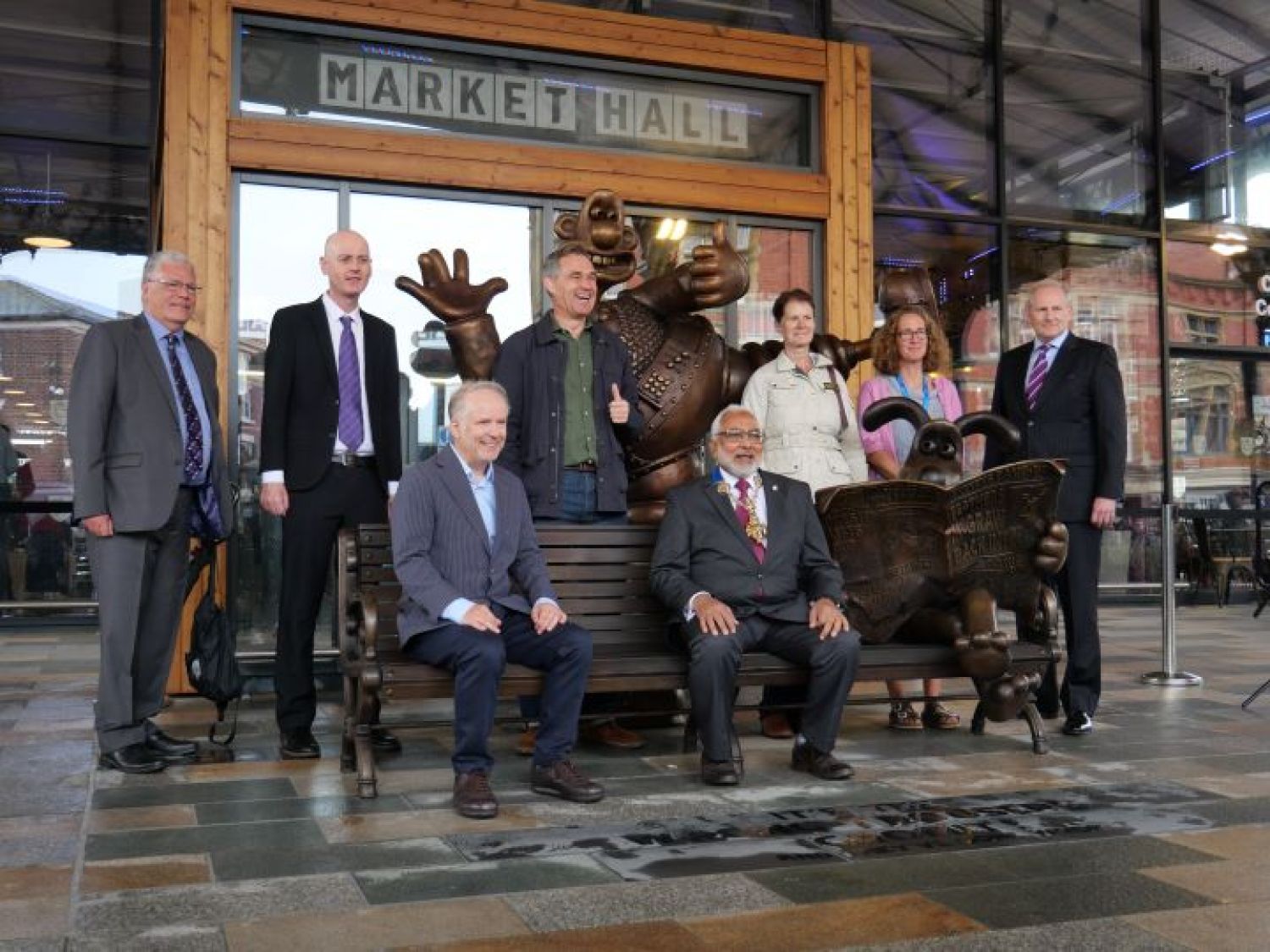 Nicholas Wulstan Park had little knowledge of  what was ahead of him when he was born in Preston on 6th December 1958.
As a young man he developed his craft of animation by creating two unique characters - Wallace and Gromit. Over his illustrious career he made many short films with these two cherished heroes.
But it was  the 1993 feature film - The Wrong Trousers - that inspired the new bench that sits outside the market hall in Preston city centre.
Now 62, Nick Park (CBE and RDI ) became the centre of attraction at the unveiling of the bench on a wet Friday morning (September 10th). Other attendees included Mayor of Preston Councillor Javed Iqbal and his wife Tahira, local sculptor Peter Hogkinson, Matthew Brown, Labour Leader of Preston city council and Adrian Phillips Chief Executive, Preston City Council.
Adrian had the honour of opening the event ands introducing Nick to the excited public. He went on to thank Nick and the following people:-
Adrian encouraged all to join the wacky heroes,
“I hope the bench will bring a smile and joy to all who gaze and sit on it”.
Facilitated by Preston City Council, this fantastic new addition to the city centre has the backing of Aardman, the Bristol-based studio behind the hugely successful Wallace and Gromit film franchise and in which Nick Park has been a leading light since 1985.
36  years later why not have your lunch break on this state of the art  bench, but don’t forget the cheese and crackers!
“It's like no cheese I've ever tasted... let's try another spot! Gromit, that's it! Cheese! We'll go somewhere where there's cheese!”
A Grand Day Out (1989)
^Alex Ashworth CCG Art Blogger