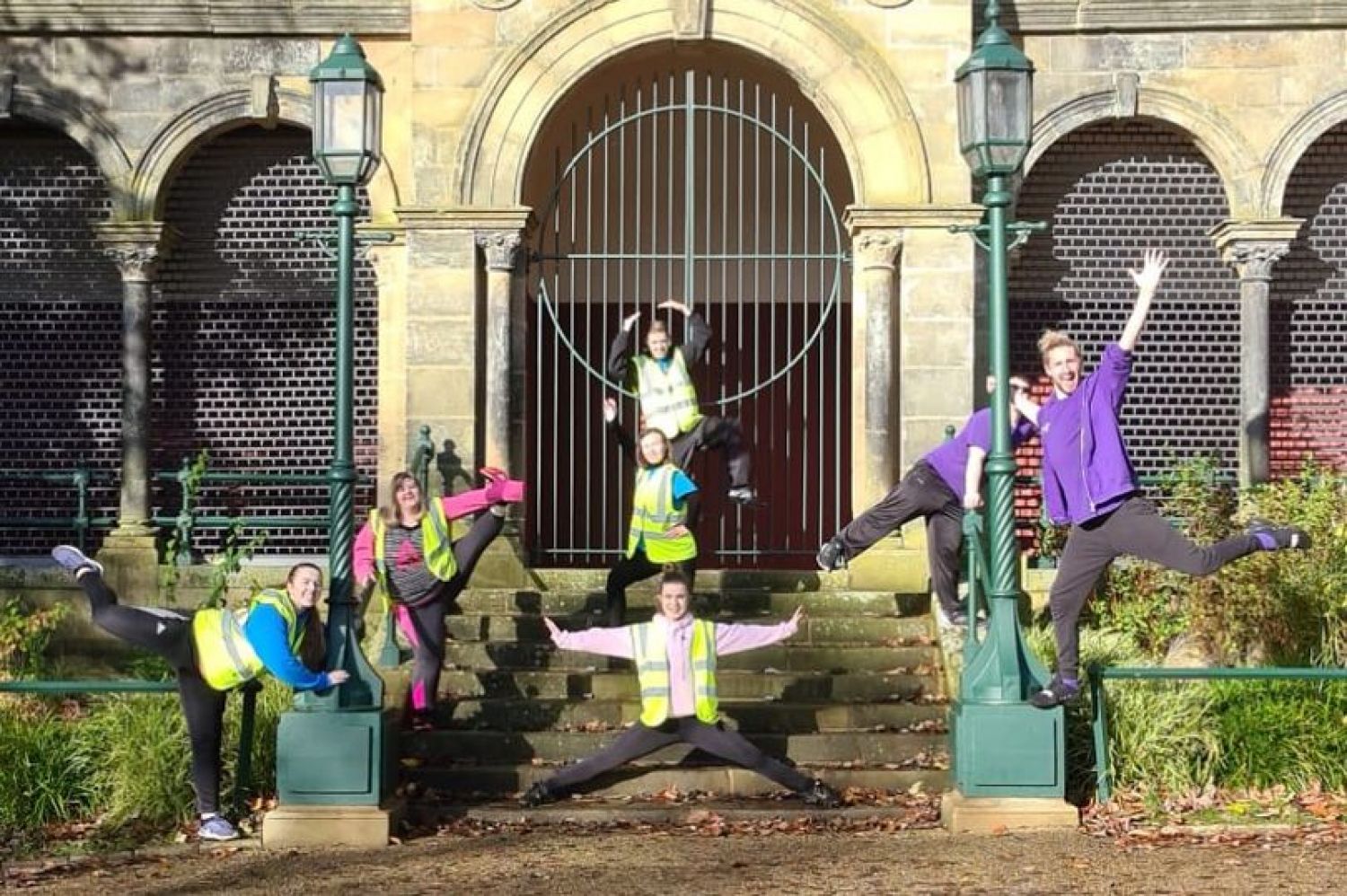 Sometimes you can’t put a good girl down. If you do, she’ll come back fighting and prove doubters wrong.
That is true of 15 year old Teegan Chilton who recently underwent serious operation to correct scoliosis, a curvature of the spine. Yet Teegan has a lifelong love of dancing and just three months under the knife she is putting her dancing shoes on again in aid of Accrington based charity Dance Syndrome.
The charity was founded by Jen Blackwell, who happens to have Down’s Syndrome. Jen created it because she found a lack of performance based opportunities in the area because of her disability.
Dance Syndrome offers the following:-
Dance Syndrome believe that disability should never be a barrier to following your dreams.
Teegan will be fundraising for the multi-award winning dance charity’s “We like to Move it Move it” campaign which encourages people to stay active during the pandemic and turn their movement or exercise into a fundraising activity.
Based in Barley the teenager has participated in dance workshops since she was a toddler. She has took part in a variety of dancing styles and has even competed as a solo performer in several competitions.
Dance is clearly a big part of Teegan’s life and she has an  immediate appreciation of the positive impact dance can have on a person’s outlook. Supporting Dance Syndrome’s fundraising was an easy choice despite her own health challenges.
Dance Syndrome Managing Director Dawn Vickers expressed her joy at having this youthful inclusion in the charity,
“Teegan is an incredible person and we have been so proud to have her on our fundraising team! Her strength and determination is a reflection of what we often see in our Dance Leader so we are thrilled that she chose Dance Syndrome to benefit from her fundraiser. Her fundraising will make a real difference to our charity at a challenging time when we are having to adapt to the changing COVID regulations. We’ve just returned to indoor dance and we couldn’t have done that without the support of fundraisers like Teegan!”.
If you would like to support them, simply visit  JustGiving.com ,search for We Like to Move It, Move It and find the fundraising page under Campaigns.
^Alex Ashworth CCG UK Blogger