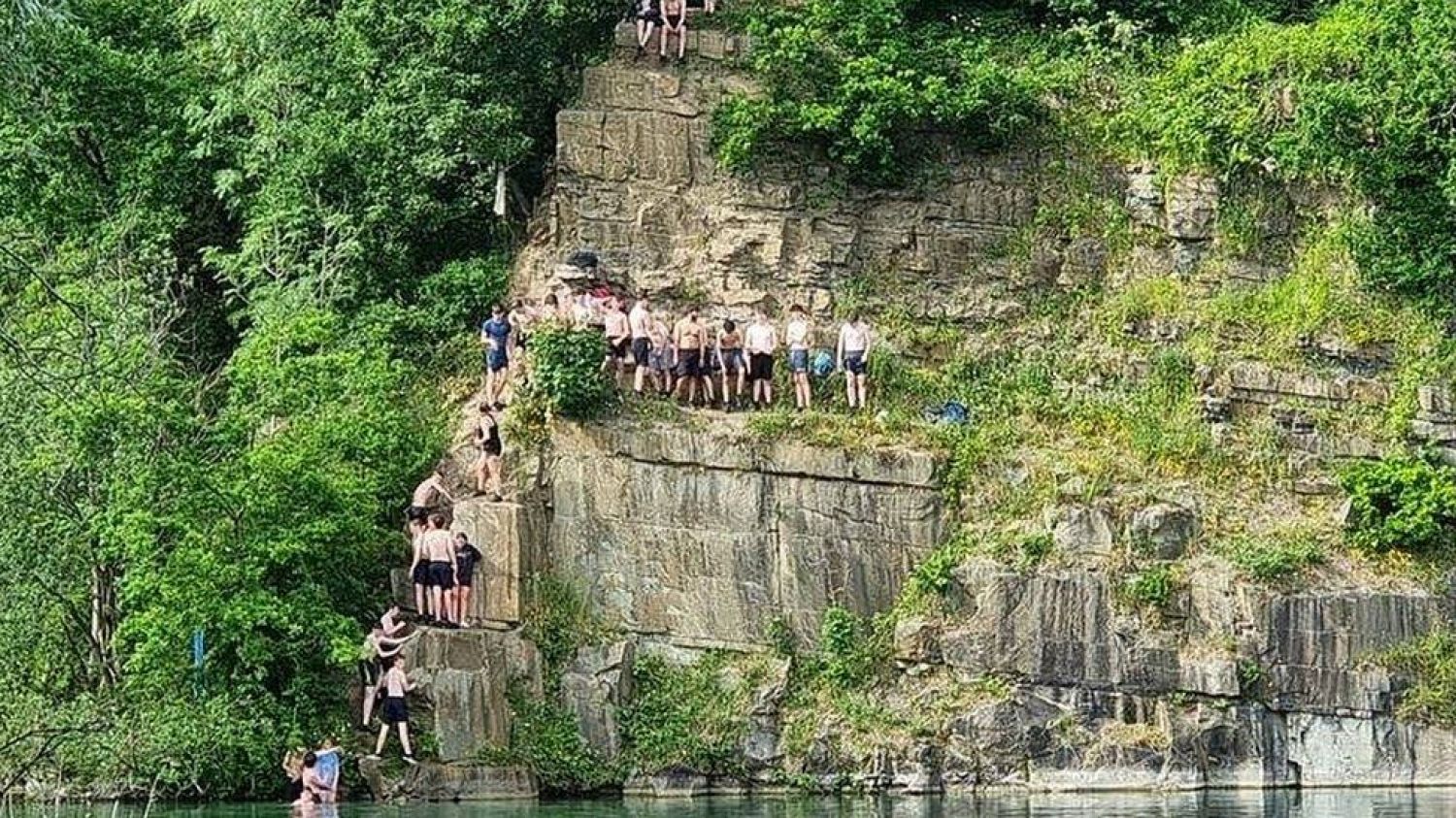 Ok so the weather has been relatively warm and enjoyable but that doesn’t mean we should take risks.
Appley Bridge Quarry near Wigan is a renowned site for young people to jump off into the nearby water.
Just consider the facts from a past daredevil stunt:-
It stands to reason then why so many flock to this death site and risk their lives just to get a few kicks and show off to their mates.
It’s no surprise then that the police were furious this was taking place and so posted an image of youths on social media. Litter left behind mixed with copious amounts of alcohol made it a very disturbing environment for all involved.
The West Lancashire division of Lancashire Constabulary posted the image from last weekend on Facebook asking parents: "Do you know where your child was this weekend?" It added: "We know the nice weather makes it appealing to cool down in the quarry but are they aware of the dangers?
Here are some of the risks:-
Chief Inspector Chris Abbott expressed his concern,
"We believe a number of these were intoxicated due to what was left behind, including inflatables, sound systems and alcohol. "It is scary to think that just one slip and one or more of them could have fallen."
Police immediately initiated a dispersal order to clear the gathering and patrolled it with a drone.
Chief Inspector  Abbott said extra police are patrolling the area adding:
"Behaviour of this nature will not be tolerated".
^Alex Ashworth CCG UK Blogger