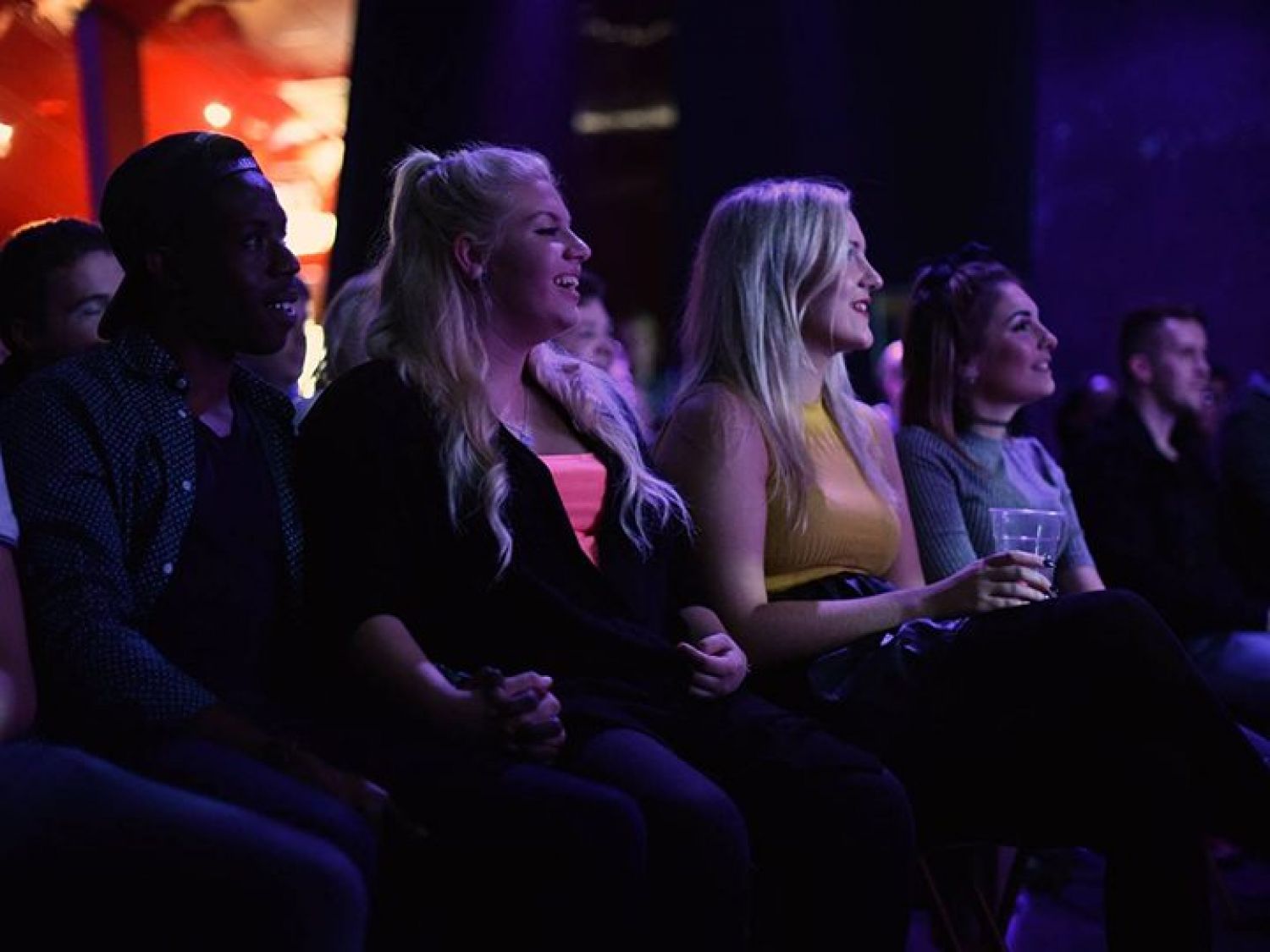 The current situation we’re all living in is no laughing matter. Even the entertainment scene has been hit hard by the pandemic and it’s created a huge loss on the comedy circuits.
Preston based comedian Freddy Quinne responded to a survey by the Live Comedy Association which revealed that a third of comedy venues will  be forced to close within the next six months, with 77.8 per cent facing closure within the next year.
Freddy spoke about the impact this may have on locally based comedians,
“Depending on when live comedy can revert to its pre-Covid state, we could potentially see a seismic shift in the landscape of entertainment resulting in the disappearance of working-class artists. If three quarters of comedy venues disappear there simply won’t be enough work for people to survive from the income generated from live comedy alone. This will mean the majority of performers would have to get part-time jobs to pay the bills.”
Despite these dire circumstances, there will no doubt be an extra push for the privileged few who come from more fortunate backgrounds. This differs greatly from the troubled entertainer who spends the majority of their day doing the following:-
Freddy goes on to explain how the Fringe plays a part for comedians,
“Already there is a growing disparity between the haves and the have-nots, exemplified by the Edinburgh Festival Fringe. Thankfully right now that is restricted to one city for one month a year – and the associated television and industry opportunities that go with it – but Covid risks pricing a generation of artists out of finding their voice.”
According to The Live Comedy Association survey three quarters of performers have earned less than five per cent of their pre-pandemic estimated income from online performances of any kind.
Freddy reflects on the unfortunate outcome the corona virus has created for him but he concludes with a  positive action plan which will help to reverse the loss he may have had to undergo,
“Before lockdown I was booked up for the rest of the year. I knew how much I was earning, how much to save for my tax bill, and so on. Now I cannot plan for the future long term because I don’t know when clubs will reopen. In the meantime, I am trying to make things happen for myself by launching Outdoor Comedy, providing socially distanced comedy in an outdoor setting. We already have a handful of dates in the diary, and more are being added for August and September on an almost weekly basis.”
Preston stand-up comedian Freddy Quinne fears the live comedy scene could be changed forever by the Covid-19 pandemic.
^Alex Ashworth CCG Art Blogger