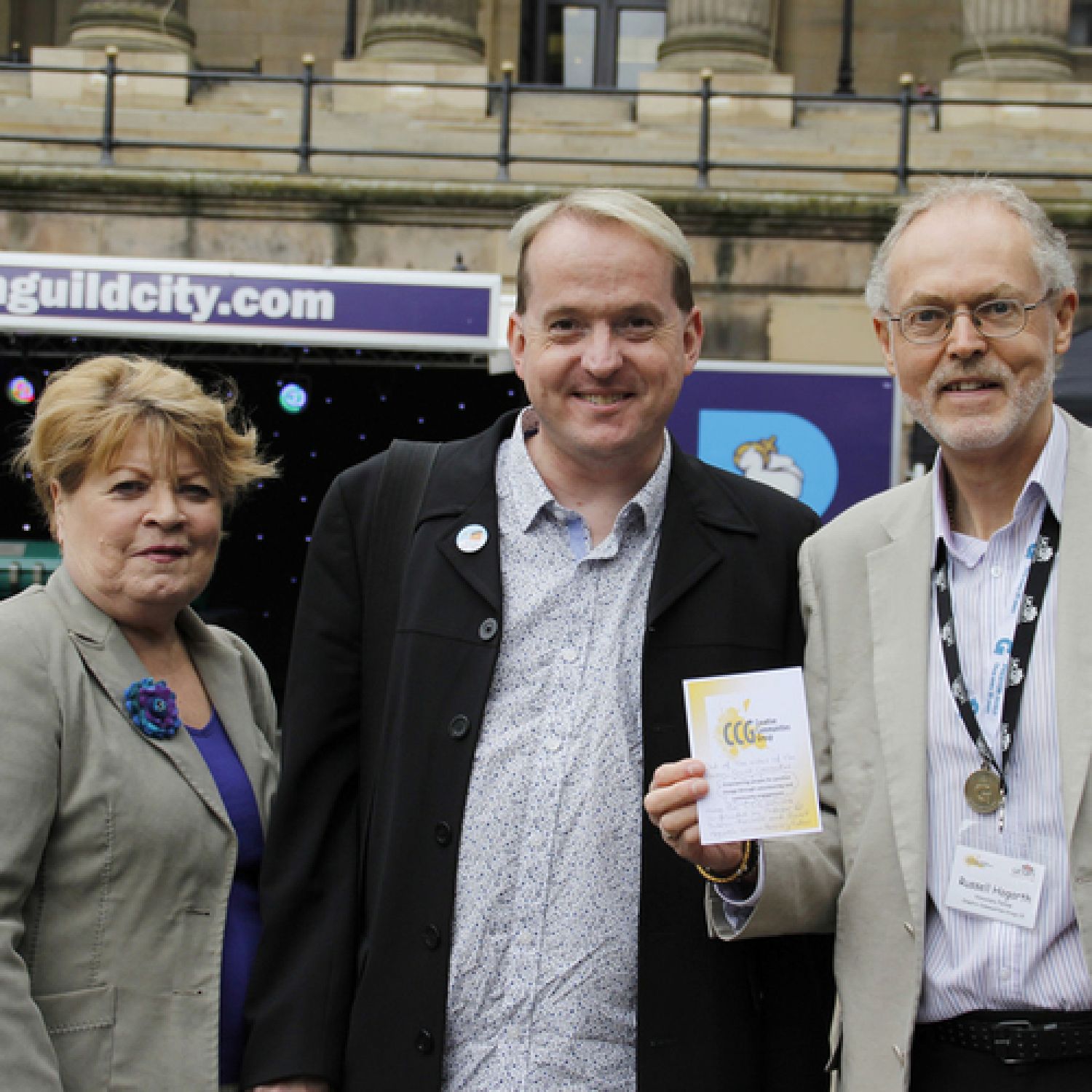 
Welcome to a brand new nine part series called ‘The CCG Picture-book 2012- 2020’. Over the next couple of months or so I’ll be looking back at some of The Creative Community Group’s highlights over the past eight years. It’s seems appropriate then to start at the beginning – 2012.

The Preston Guild took place in September of this year. It had been two decades since the last one and organisers wanted this Guild to be a real treat for the   general public.

As you can imagine The Guild scheduled a wide variety of events and performances in the autumn of 2012. These events got business minded people (such as Russell Hogarth) thinking.

The months that followed The Preston Guild 2012 soon led to the arrival of The Creative Communities Group.

Two years after the Guild celebrations, meetings were held in the city to discuss what should go in the time capsule.

Organisers felt it would be good to have a unique memento of 2012 so it featured the following:-

The capsule was designed by UCLAN graduate Mark Newton who won a competition to create it. Mark explained the concept of his work,

“I’ve designed the capsule with a laser edged cityscape as I want people in 2032 to be able to relate to what Preston was like in 2012 ; technology has advanced so much in the last 20 years and it will jump forward again in the next 20 so I wanted to reflect this”.

Mark also designed a Lancashire rose which kept the tradition of the North West whilst portraying a unified symbol of pride and joy.

Six years ago the Time Capsule was briefly displayed at The Harris Museum and Art Gallery then it was buried at a secret location.

Russell Hogarth, chair of the CCG recalls the time his organisation played a part in the time capsule,

“What a great opportunity for CCGUK UCLAN students and community members to be part of the first Preston community day to be held in the city since the Guild celebrations of 2012.”

The CCG has played a pivotal role in the city centre. It has continued to play host to a series of events both at the University and in the community. It has grown as a philanthropic charity and hopes to remain an artistic platform for creative people now and for the next 12 years and beyond....

Preston’s Mayor Nick Pomfret has these concluding words in response to the burial in 2014,

“This is an opportunity to capture some of the spirit of the 2012 Guild. Once the capsule is filled it will be locked and will remain unopened until the next Guild in 2032.”